This will be a rare occasion to have Graham here with us in Sedona to share the paradigm-busting research behind his new book Magicians of the Gods, the sequel to his world-renowned bestseller Fingerprints of the Gods, but he will also offer a second presentation, “Psychedelics and Civilization", relating to his parallel research interest into the mysteries of consciousness and the role of visionary substances in the evolution of modern humanity. 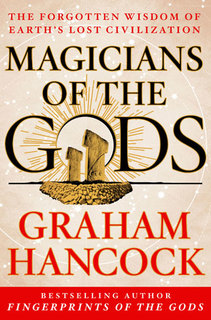 Magicians of the Gods: Recovering Earth's Lost Civilization and Reawakening to Consciousness
From Fingerprints of the Gods, published in 1995, to his explosive new book Magicians of the Gods, published in the US on 10 November 2015, Graham Hancock has spent 20 years in the front lines of historical and archaeological controversy. In this special talk he shares his unique experiences and perspective on the mysteries of the human past and explains why he's convinced we are a species with amnesia forced, more than 12,000 years ago, to begin again like children with almost no memory of what went before. In the teeth of opposition from orthodox historians, and an ideologically driven consensus, a new paradigm of prehistory is emerging that will change everything we have been taught to believe about the origins of civilization -- and about ourselves.

"Psychedelics and Civilization"
Psychedelics and the visionary states associated with them are demonized by the technological cultures of the 21st century and the mere possession of a psychedelic substance such as LSD, psilocybin or DMT can result in public humiliation, loss of property and reputation, and lengthy jail penalties. Things were very different in the antiquity. Indeed the evidence shows that many of the greatest civilizations of the past, from ancient Egypt to ancient Greece, and from ancient India to the ancient Americas, enshrined the use of psychedelics as a sacred practice and found immense value in the visions that ensued. Further back still, in the epoch of the great cave art 30,000 and more years ago, recent archaeological research suggests that shamanistic use of psychedelics was instrumental in the birth of the modern human mind. In this talk Graham Hancock investigates the possibility that by demonizing and criminalizing the use of psychedelics, rather than seeking out ways to harness their power for altering consciousness in safe and nurturing spaces, our society may have set itself on a profoundly negative path -- a path that might even deny us the next step in our own evolution as a species. 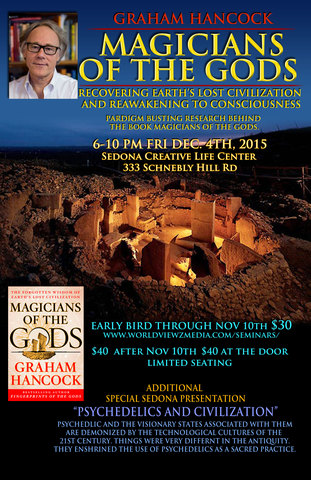