The Music Of Poligraf : Juggernaut part 4

(Erie Steam Road Roller scanned by Andy Dingley from the "New Catechism of the Steam Engine.")

The Music Of Poligraf : The Dam part 7

("Between the waves" by Ivan Aivazovsky)

The seventh chapter of "The Dam" is entitled "Flow" and presents our protagonist/narrator having passed the test, overcome the obstacle, levelled the dam, and moving…

The Music Of Poligraf : Stereoscopy

“Stereoscopy” is the definitive title of a song which I used to refer to as “Point Of View.” I changed my mind about the title while writing and singing the melodies, thinking that the word doesn’t get the chance to be employed very…

The Music Of Poligraf : The Dam part 4

Part 4 of The Dam is entitled simply “Dam.” In the storyline, this is when the obstacle is recognized and the necessity of dealing with it is… 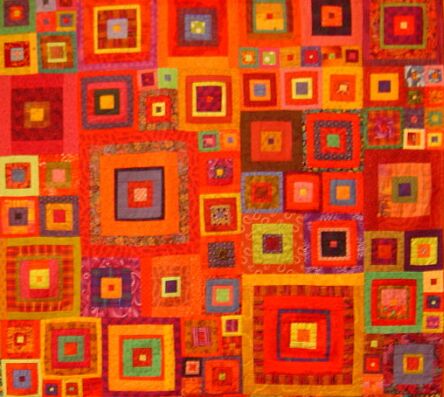 When I complete a composition there are often unused ideas left. Some of those I find actually pretty good but if I can’t see how to fit them into the piece then there’s not much choice but to discard them. For a while. Music and Spiritual Practice - An Overview of Poligraf (part 4)

(The Wheel of Becoming - Symbolic Representation of Saṃsāra in Tibetan Buddhism)

Poligraf's first album is entitled "Samsara." Traditionally, the term refers to the Buddhist concept of the cycle of birth and death in which all beings in the universe take part and which can be escaped only through enlightenment. Personally, I agree with the view that it is rather that very same process of… Continue

Music and Spiritual Practice - An Overview of Poligraf (part 3)

Poligraf has been an essential part of my life since its inception at the beginning of February 1998.
The adventure began after the collapse of a band that probably never really existed as it only had a handful of rehearsals, but for which I had already written a lot of material. Left alone at the helm, I connected with a group of experienced musicians via a co-worker friend and after agreeing on a general aim and formula, we raised sail and… Continue

Music and Spiritual Practice - An Overview of Poligraf (part 2)

(Buddha the Conqueror by Nicholas Roerich)

Buddhism has been an essential part of my life since the mid-90s.
The adventure began when I stumbled upon a feature in an encyclopedic dictionary that highlighted the Four Noble Truths. That finding immediately sparked my curiosity and a few days later I was buying a copy of… Continue

Music and Spiritual Practice - An Overview of Poligraf (part 1)

Music has been an essential part of my life since the end of the 80s.

The adventure began during the second of my four years of studying electrical engineering at Université Laval in Québec City. Through various friends and contacts I reconnected with progressive rock, a form of music to which I had already been exposed to in my youth thanks to my older brothers and sisters. Hearing the music of bands such as Yes, Rush, Genesis, and King… Continue